The thing about walking along the rim of an ancient volcanic crater rising over 2400m above sea level is that at some point you have to descend.

After an exhilarating and challenging 17km trek, our moment to descend arrived at what looked like a rock bob-sleigh run that cut straight through the ridge and sort of disappeared. 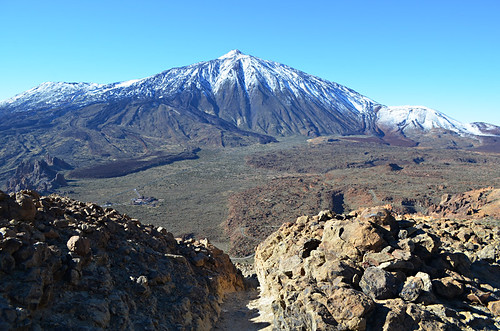 The path looked as though it just fell away. I stood looking at the rock exit, almost unable to compute that if I wanted to continue I was going to have to show some faith and step through the gap into who knows what.

With sweaty palms and reluctant legs, I entered the rock channel, stepped through the opening and…

And… well I’m here to tell the tale so I clearly survived. But I won’t say any more in case you ever happen to find yourself on that same ridge looking down the same furrow in the rock. Nobody likes spoilers.