My favourite pair of shorts have died and it’s still 30C outside. It’s late September but it never really gets cold here. I’ll be able to replace them with similar no problem. Right?

Autumn is officially here. It doesn’t matter if it’s as hot as summer in other parts of Europe and it will stay that way until Christmas. It doesn’t matter that even then the temps don’t drop much below 20C through our ‘depths’ of winter – Jan to mid March.

Nope, here fashion dictates what you wear no matter what the weather is doing. The shops are full of jumpers, coats, woolly gloves and bobble hats.

If I wear a thick jacket twice in a year it’s been an unusually cold year. When I walk in the hills in January, within minutes I’m down to a tee-shirt.

The ‘proper’ locals haven’t quite taken up the autumn fashion yet, it is far too hot even for them. But as September morphs into October and beyond they will.

Visitors will walk the streets in tee-shirts and shorts, passing locals in thick tights, knee-length boots and sloppy jumpers. It’s difficult to know who looks oddest.

We occupy a world that lies somewhere in-between. By November I’ll have switched back to long trousers but the short sleeves will remain.

I also wanted a new pair of espadrilles. I can forget that for a few months.

Too often when I enter murky facebook or Twitter waters I am faced with the equivalent of pub bores shouting offensive statements in my face.

The worst offenders seem to be those who have the most time on their hands to cultivate the art of being boorish pricks. This means that you will never, ever beat them as they can invest all of their energy in drawing you into and then trapping you in their twisted, ugly world.

The Josh Lynam directive is that even though they try to lure you in with outrageous, misinformed and offensive posts and comments (they will invade your space at the slightest chance) you have to stay strong and resist. No matter how much you want to fight and challenge vile spewings, you can never, ever comment. To do so is to lose. They thrive on your company. They don’t want to learn or really debate. They want to batter you with uninformed opinions until they suck the will to live from your very soul.

Where do they find the time? It’s as if they have no friends, or life outside of cyberspace.

Josh Lyman discovered the hard way it was pointless, even dangerous, to engage with these creatures. He suffered so that the rest of us could learn from his mistakes (even though if he had listened to Donna he wouldn’t have made the mistake of engaging in the first place). 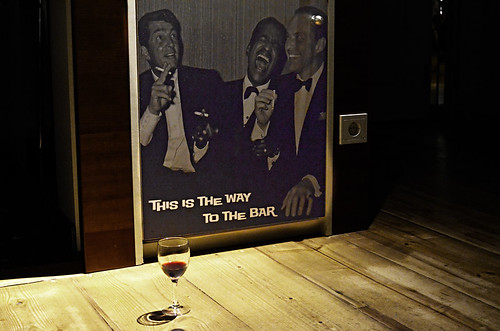 The hotel has the coolest minibar ever. I want to sit beside it and drink until I can hear the Rat Pack’s laughter.